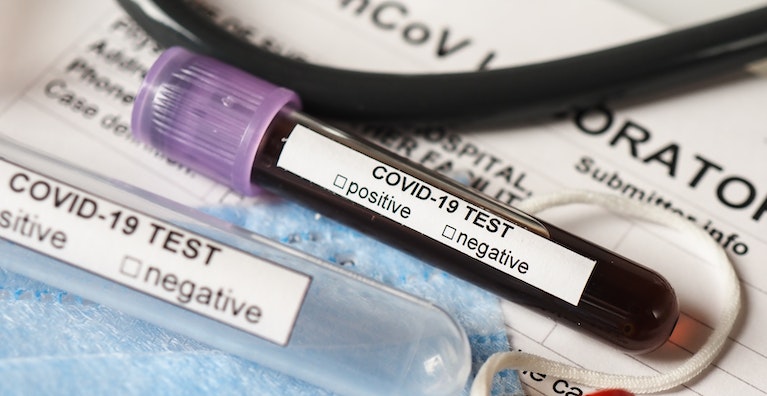 How good are we at Diagnosing COVID-19

As the COVID-19 pandemic spreads, the scientific community is working in overdrive to deliver faster and cheaper diagnostic tests. The need of the hour is to have tests that are easy to administer, accurate and easily accessible.

The diagnostic tests for SARS-CoV-2 are broadly divided into two categories, Molecular Tests and Serological Tests.

These tests detect the presence of SARS-CoV-2 genome (RNA).The different techniques for performing molecular tests for SARS-CoV-2 are as under:

The deep nasopharyngeal swab collection for molecular tests is done by the healthcare professionals, standing in close proximity to the patient, thereby exposing them to exhaled droplets. This necessitates the use of Personal Protective Equipment (PPE), which could otherwise be used for patient care. The actual procedure of taking the swab is uncomfortable for patients and difficult to perform in young children and infants. There is also an ongoing shortage of these kits, besides which, the method of collection is more time consuming. Other types of samples for doing the molecular tests have been explored and found to be sensitive and specific for detection of SARS-CoV-2. These samples are collected by self, so health care professionals are spared for other important roles.

The newer types of samples for performing molecular tests are:

These tests detect the body’s immune response to SARS-CoV-2 rather than the virus itself. The body produces antibodies in response to the viral infection, first the IgM and later IgG antibodies. The antibodies (Immunoglobulins) are detectable in blood samples several days after the initial infection. This limits the effectiveness of these tests for diagnosing early infection. The serological tests can be used to determine those people who have developed antibodies to the virus and are therefore, probably immune to the infection. In addition, these test results can aid in determining which patients can donate their convalescent plasma, for possible treatment of critically ill COVID-19 patients.

Serological tests are an invaluable tool in detecting community spread of SARS-CoV-2. A number of studies amply illustrate this use of serological tests. A study form Gangelt, Germany, reported on April 10, 2020, that 15% of the people tested positive for anti SARS-CoV-2 antibodies in a study population of thousand people form that area.

Two research teams in California, one from Stanford University and the other from Boston Children’s Hospital conducted Serological tests on 3,300 volunteers in the Santa Clara County. The preliminary results were announced on April 17, 2020. It was found that 2.5% to 4.5% of the volunteers were positive for antibodies against SARS-CoV-2. This means that, of the two million population of Santa Clara County, between 48,000 to 81,000 people may have had the virus as opposed to the approximately 1000, in the county’s official tally at the time samples were taken.

A study conducted by Massachusetts General Hospital, on 200 volunteers from Chelsea, revealed on April 19, 2020, that 32% of those tested, had antiviral antibodies. This is in stark contrast to the official positive rate of 2%.

The serological tests have been quite revealing as regards the true extent of the infection in the community. It is uncertain whether this data can be extrapolated to the rest of the country where the studies were conducted.

It is quite clear that detecting viral RNA by the molecular tests is the gold standard for diagnosing early SARS-CoV-2 infection. Newer and faster types of test kits and newer types of samples for testing, will make it possible for more and more people to be tested. This will not only assess the true incidence of the disease but will also help healthcare professionals to take protective measures to prevent spread of COVID-19 from the newly diagnosed, symptomatic and asymptomatic cases. The serological tests on the other hand, will help the scientific community in assessing the true prevalence of the disease.

Weight gain in COVID-19 and how to flatten the curve