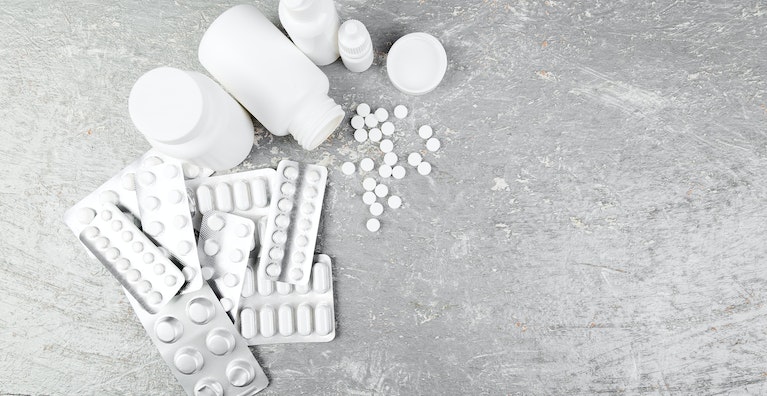 Rationale of Using Hydroxychloroquine in Covid19

The immune system of humans is designed to protect the human body from invasion by foreign substances or antigens. It has two complementary arms: the innate (or native/natural) immune system and the adaptive (acquired) immune system.

Innate immunity is the first line of defense against microbial invaders and is present intrinsically with or without previous stimulation. It has limited specificity as regards its recognition of shared structures of microbes. As part of the intrinsic defense against invading pathogens, the host immune system has Pattern Recognition Receptors (PRRs). These receptors are fundamental in recognition of microbial pathogens including bacteria, fungi, viruses and parasites. These receptors detect the pathogens by recognizing moieties, known as, Pathogen Associated Molecular Patterns (PAMPs) and initiating signaling cascades that culminate in the expression of antimicrobial products and inflammatory cytokines and chemokines. These innate immune responses act within hours to combat the invading microorganisms. Further, the innate responses help instruct the development of a more time consuming, antigen specific Adaptive Immunity that is pivotal for pathogen clearance and long term immune memory.

Toll Like Receptors (TLRs) have been the most extensively studied PRRs. Some types of TLRs reside on plasma membranes and recognize components of microbial cell walls and membranes. Others are intracellularly located in endosomes and lysosomes. TLR7 & TLR8 recognize Single Stranded RNA (ssRNA) like that of SARS-CoV-2.

Clinically the immune responses induced by SARS-CoV-2 are two phased. During the incubation and non-severe stages, a specific adaptive immune response is required to eliminate the virus and to prevent disease progression to severe stages. For the appropriate development of this specific adaptive immunity at the incubation and non-severe stages of the disease, the host should have a good general health and an appropriate genetic background (example HLA) that elicits specific antiviral immunity. Differences in the genetics can contribute to individual variations in the immune responses to pathogens.

The SARS-CoV-2 binds to ACE-2 receptors on human cells in order to gain entry into cells. These receptors are present in ciliated epithelial cells in the upper and lower respiratory airways as well as in type 2 pneumocytes that are present in the alveoli of lungs. Other organs that have a high ACE-2 expression are the intestines and the kidney. Since the pneumocytes are responsible for surfactant production (lung lubricating proteins) the infection of lower respiratory tract can be very severe and can result in significant lung damage.

The elderly and sick may have a dysfunctional immune system, which probably fails to keep the response to particular pathogens in check. This could cause an uncontrolled immune response, triggering an over production of immune cells into the lung resulting in severe inflammatory disease conditions like pneumonia and inflammation of the airways. If the protective immune response is impaired, as in patients of cancer or patients on immunosuppressants, the SARS-COV-2 will propagate and result in massive destruction of the affected tissues.

The damaged host cells induce innate inflammation in the lungs. This is largely mediated by pro inflammatory macrophages and granulocytes. Lung inflammation is the main cause of life threatening disorders at the severe stage of COVID-19. Thus, even if an affected patient is a good overall health, once they have progressed to the severe stage, the immunity is not going to help. Rather this severe inflammatory reaction results not only in damage to the lung but also damage to other organs of the body.

Hydroxychloroquine and Chloroquine have come to the limelight as a potential treatment for COVID-19. These drugs have been in use for many years as antimalarials and later as immune modulators in some auto immune disorders like Systematic Lupus Erythematosus (SLE), Rheumatoid Arthritis (RA). They are also known to possess antiviral, antibacterial and anti-parasitic actions.

In vitro activity of hydroxychloroquine has been seen against many viruses, including Influenza, Vesicular Stomatitis Virus, Ebola virus, HIV and Hepatitis C Virus. But this has largely failed to translate into success in either animals or humans, except for HIV and Hepatitis C Viruses. Earlier these drugs were shown to have activity against SARS-CoV-1 and MERS-CoV (only In vitro). Now these have also shown activity against SARS-CoV-2, the coronavirus causing COVID-19. The intracellular bacteria that it has shown activity against are, Coxiella burnetti (Q fever) and Tropheryma whipplei (Whipple’s disease).

The antiviral and anti-inflammatory actions of hydroxychloroquine and chloroquine have prompted their use in COVID-19. Data has shown that they effectively inhibit the entry of SARS-CoV-2 into cells by changing the pH at the surface of the cell membrane and thus inhibiting fusion of SARS-CoV-2 to the membrane. It also inhibits the terminal glycosylation of ACE-2 receptors that mediate the entry of the virus into cells. ACE-2 receptors that are not in the glycosylated state may less efficiently interact with SARS-CoV-2 proteins, further inhibiting viral entry.

These drugs also inhibit transport and post cell entry stages of the SARS-CoV-2. At the cellular levels, direct and indirect mechanisms of these drugs inhibit immune activation by reducing Toll Like Receptor (TLR) signaling and cytokine production. They also reduce overall cytokine production and CD 154 expression in T Cells. The virus, as it enters the cell, is exposed to the acidic environment of the cell which is needed for it to get all the way inside. Hydroxychloroquine and Chloroquine effectively decrease the acidity since they are week bases. This is another mechanism by which they may be exerting their antiviral effect.

A major issue in the management of severely sick COVID-19 patients is the Cytokine Storm or the Cytokine Release Syndrome (CRS). This is related to the over activation of the immune system. Use of Hydroxychloroquine and Chloroquine results in a significant reduction in the production of pro-inflammatory markers and cytokines. Therefore they can also be considered as potential drugs for the management of CRS. Some of these effects of Hydroxychloroquine & Chloroquine are used to manage auto immune diseases like RA and SLE.

Addition of Hydroxyl molecule makes Hydroxychloroquine less permeable to the blood retinal barrier and allows faster clearance from retinal pigment cells of the eye. Therefore it causes lesser retinal toxicity compared to Chloroquine and is considered a safer option than Chloroquine.

The scientific community is divided in its opinion regarding the use of Hydroxychloroquine / Chloroquine alone or in combination with Azithromycin. There is debate regarding its use as a prophylactic agent or its use in less severe cases versus its use in more severe cases.

From March 3rd to April 9th 2020, Professor Didier Raoult conducted a study of 1061 COVID-19 patients at IHU Mediterranee Infection, Marseille, France. In the study it was interpreted that Hydroxychloroquine with Azythromycin, when started immediately after diagnosis, is a safe and efficient treatment for COVID-19, with a mortality rate of 0.5% in elderly patients. It avoids worsening and clears virus persistence and contagiosity in most cases.

The scientists stress for a need to conduct double blinded randomized clinical trials to prove the usefulness of these drugs in COVID-19 patients in continuation of the clinical trials done so far. Some animal studies show that these drugs have actually prevented the immune system from responding to an infection. So the concern is that the use of these drugs in the pre infection state or the infected state may block the innate immune pathways that allow the immune system to detect virus and to start a response against it. Fear has also been voiced about some of the side effects of these medicines especially on the heart.

The debate continues, but there is an urgent and pressing need to treat the COVID-19 patients and hence these drugs are being used in various countries despite the dissenting opinions.

When is the right time to get your Cataract operated