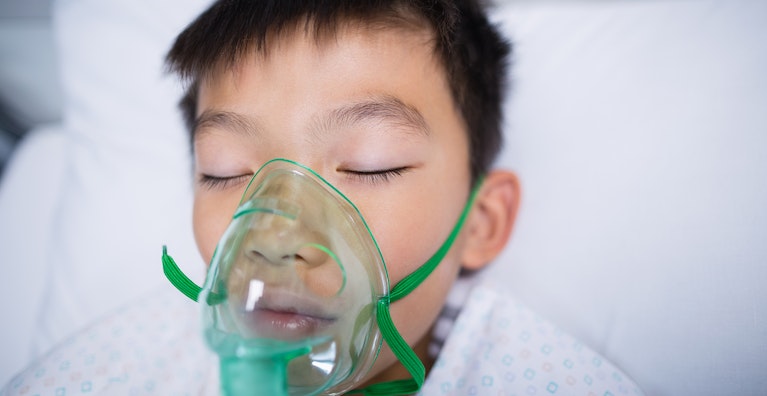 The preliminary data from studies about COVID-19 has been focused on severe respiratory manifestations, which are seen predominantly in adults, with scant initial data on the burden of disease in children. It has been thought that children don’t typically fall seriously ill from the new coronavirus.

Dong et al, reported in Pediatrics, a series of more than 2000 children with suspected or confirmed COVID-19. They found that 4% of the virologically confirmed cases had asymptomatic infection. Out of those who were symptomatic, 5% had dyspnea or hypoxemia (a substantially lower percentage than what has been reported for adults), and 0.6% progressed to acute respiratory distress syndrome or multi organ system dysfunction (again, much less frequently compared to adults). Preschool-aged children and infants were more likely than older children to have severe clinical manifestations. Younger age, underlying pulmonary pathology, and immunocompromising conditions have been associated with more severe outcomes in non-COVID-19 coronavirus infections in children.

Recently there have been reports of Kawasaki disease developing in some children with COVID-19, in Europe (Italy, France, United Kingdom, and Belgium). Kawasaki disease, is a condition that can trigger serious cardiac problems. The symptoms of COVID-19 and Kawasaki disease overlap. Kawasaki disease typically affects kids aged 5 and under, though it can occur in children of all ages. It affects about 20 children per every 100,000 in the United States each year.

Children with Kawasaki disease present with very high fever for five days. The fever is typically at least 101 degrees Fahrenheit, but can be 104 degrees F or higher, according to the American Heart Association. The fever might come and go during that time.

Other common symptoms of Kawasaki disease, according to the American Heart Association, include:

In France, since April 15, a surprisingly high number of children with symptoms similar to Kawasaki disease have been admitted to Intensive Care Units (ICUs). Around 20 cases have been reported in the Île-de-France region around Paris. During an online press conference on April 30, several doctors from Necker Hospital in Paris described the profile of these patients and the possible link with COVID-19.The doctors indicated that none of the children had any predisposing conditions like obesity or any form of cardiovascular disease. The median age was 9.5 years, and ranged from 3 to 17 years. The patients had either a PCR test, that was still positive though weak, or a positive serological test (antibody) that indicated contact with the virus 3 or 4 weeks back.

It is thought of as a post-infectious disease, with immunological mechanisms that follow the COVID-19 infection. In adults, a cytokine storm begins at the start of the second week. In children, this exaggerated inflammatory response comes in the third or fourth week

According to the French doctors, the children generally arrived in the emergency room after several days of fever and abdominal pain or vomiting. Some of them had a history of a fleeting rash and presented with cardiac and circulatory failure, in the context of severe inflammation. They reported that, because of their hemodynamic problems, all the children needed ventilator support. Most of them needed medical support to aid cardiac function and normalize arterial function. All the children progressed favorably after 3 or 4 days in intensive care, with complete restoration of cardiac function.

In the United States, a case report was recently published in the journal, Hospital Pediatrics, by doctors at Stanford University, describing a 6-month-old infant who was diagnosed with Kawasaki disease and COVID-19.

The New York City Health Department reported that 15 children, ages 2 to 15 years were hospitalized with typical or incomplete Kawasaki disease, some with shock. All had fever and more than half had rash, abdominal pain, vomiting, or diarrhea. However, less than half had respiratory symptoms. The New York state now has 73 cases of children presenting with a new pediatric multi-system inflammatory syndrome likely linked to COVID-19 and at least one child is suspected to have died of the condition and a second death is under investigation (as on May 08, 2020). Some children are not presenting with symptoms until 4 to 6 weeks after exposure to the virus. The state issued an advisory on the syndrome and its potential association with COVID-19 in children (May 06, 2020). The New York State Advisory states that “the inflammatory syndrome has features which overlap with Kawasaki disease and toxic shock syndrome and may occur days to weeks after acute COVID-19 illness. It can include persistent fever, abdominal symptoms, rash, and even cardiovascular symptoms requiring intensive care. Early recognition by pediatricians and referral to a specialist including to critical care is essential.”

Symptoms vary among the children, depending on which organ system is affected. However, the full spectrum of disease is not yet known. According to a statement issued by Britain’s Pediatric Intensive Care Society the features of the syndrome appear to include high CRP (C-reactive protein), high ESR and high ferritin.

During the course of hospitalization, repeat echocardiography is needed, because inflammation and Coronary artery aneurysms can develop in young people who come in with Kawasaki shock syndrome.

What is unique about this new syndrome is that children of COVID-19 with Kawasaki like presentation are older than the ones with Kawasaki disease. Other atypical features are the high prevalence of abdominal and GI symptoms. Some of the cases presenting with severe abdominal pain have actually been sent to surgery but nothing was found. The markers of cardiac injury have also been following a very different pattern, being typically higher than those seen with Kawasaki disease.

Early diagnosis and treatment of patients meeting full or partial criteria for Kawasaki disease is critical to preventing end-organ damage and other long-term complications. Recommended inpatient treatment is to support shock (at least 75% need pressors), and give steroids and intravenous immunoglobulins (IVIG). Consider IVIG and aspirin early if the patient fulfils criteria for Kawasaki Disease and consider IVIG alone if the patient fulfils criteria for toxic shock syndrome. Intravenous immunoglobulins, are also the primary treatment for Kawasaki disease.

Kawasaki disease has long been believed to be an immune response triggered by infection, but its etiology is still not clear and not all viruses predispose to Kawasaki disease. It is possible that this is a late reaction to the virus, so RT-PCR may be negative for SARS-CoV-2 at the time of presentation. In that intermediate period, active virus might not be found but antibodies being tested for might not have been generated sufficiently yet either. However, a COVID-19 PCR test is recommended to be repeated after a few days, since it can come back negative initially.

According to Anne Rowley MD, an infectious disease specialist studying Kawasaki disease at Northwestern University in Chicago, despite the chronological connection between COVID-19 and these cases, at present, there is no definitive evidence that COVID-19-induced shock in children is related to Kawasaki disease.

So the SARS-CoV-2 and its entire disease spectrum remains shrouded in mystery. But few recommendations do emerge from all the data accumulating regarding its manifestations in children. The most important recommendation is that a doctor should be consulted for any child with significant fever (39-40ºC i.e. 102-104 deg F) persisting for more than 72 hours, especially if it is unexplained or poorly tolerated, the child is drowsy, refuses to eat, does not move as usual, or complains of abdominal pain or vomits.